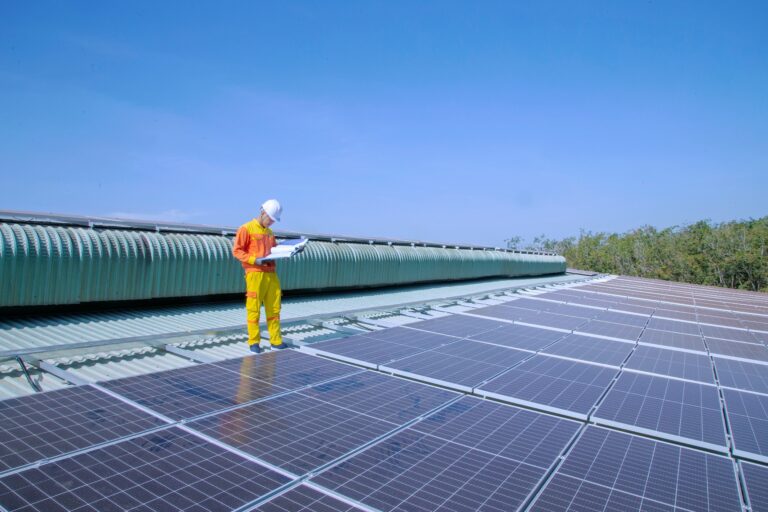 The renewable (RE) revolution and the growing utilisation of solar, which began to address sustainable energy needs, is far from over and is primed to transform the energy landscape as we know it. The share of energy generated from renewables leapt 7% last year, mostly driven by solar energy, according to the IEA. In Vietnam in particular solar has taken centre stage.

According to a World Bank report, Vietnam was set to generate 16,500MW of solar energy by the beginning of 2021. A true solar trailblazer for the ASEAN region, Vietnam also takes pride in having the highest installed capacity of solar power in Southeast Asia. Contributing to Vietnam’s solar success, there has been a rise in corporations who are embracing and investing in rooftop solar installation on a local level one building at a time to push forward their own corporate sustainable agendas.

The cost of solar installation has dropped by 80% over the last 30 years as has the cost of solar electricity by 20-50% by IEA estimates, which has led more companies to make the decision to adopt solar power, driven by lower electricity bills and an increasing push for more sustainable operations. Viet Thang, a textile and garment producer in Ho Chi Minh City is installing 10 MWp of solar panels atop of factories. The Vietnamese corporation, like many others, found that not only is there a price reduction in electricity and installation but that there are other added benefits, some unexpected; “we also benefit from the lower temperature in the factory thanks to the solar panels on the rooftop,” said Nguyen Duc Khiem, Chairman of Viet Thang.

Vietnam is just a small piece of the global solar pie. Funding by corporations in the global solar segment continues to grow exponentially, to the tune of $13.5 billion in the first half of 2021. In the same period last year, growth was only a paltry $4.6 billion which may have been due to the pandemic’s lasting effects.

“The most severe of lockdowns have ended in almost all countries, with construction on PV sites able to continue as planned, albeit with many projects facing delays caused by disruption earlier in 2020. Year-over-year growth in installations will continue each year to 2025, topping out at 145 GWdc. The one exception will be 2024 when the US market will slow following the final stepdown in the ITC schedule,” said Ravi Manghani, Wood Mackenzie Head of Solar, during the GTM Solar Summit 2020.

The Right Time for Corporates to Prioritise Solar Installations

As countries strive to build resilience in a post-pandemic economy, the time for corporations to act is now according to Dr. André Nobre, Vice President of Asset Management & Performance for Cleantech Solar.

“It is high time corporates deploy solar photovoltaics (PV) as the default technology to generate clean and sustainable energy to meet part of their electricity needs,” said Nobre. Clients cannot use commercial explanations as barriers to utilize solar as a solution he said. Especially when solar energy has been less expensive than the grid prices in almost every place in the world.

“Even for clients where roof area [needed for installation] is an issue, it is becoming commonplace to be able to procure green electricity from other sources – be it at a remote solar farm, or even from traditional electricity suppliers that ultimately must invest in renewables to meet the market demand for green electricity,” Nobre said.

Despite the strides made in the solar sector, some challenges remain, such as authorities who have not determined standards for solar power equipment. Without a reference point for quality, the hurdles can be substantial. However, Nobre said that the outlook for high-quality photovoltaic rooftops in ASEAN is continuously changing in a positive direction.

“The quality of the solar installations has improved dramatically during the past half-decade,” Nobre said. He has witnessed Southeast Asia markets previously inexperienced in solar because it was a relatively new process in the area who has since excelled after installation. Overall, Nobre noted, “we are thrilled to see the workmanship and performance improvement at our own sites, it is a good sign for the solar industry at large when we can see neighbouring rooftops deploying solar PV systems of better quality than we used to see in the past.”

The evolution of solar and the inclusion of corporations using the sun-capitalising energy source is an upward moving trend that appears will not be slowing down. As a part of the global energy transition, it is imperative corporations contribute to becoming more sustainability-focused and solar energy can be used as an accelerator to increase the percentage of commercial buildings utilising sustainable energy sources in ASEAN.

Another opportunity Nobre mentioned was that he has observed larger economies making a ‘green’ recovery as one of their primary strategies for economic stimulus plans. “In April this year, RE100, a non-profit organization that works with government leaders and businesses globally to address climate change, has reached the milestone of having 300 companies pledging to procure 100% electricity. This group of businesses is sending the market a clear message that there is a huge demand for clean energy, and this must be available across all parts of the world, including for companies in their supply chain,” he said.

ASEAN may well be one of the regions with the fastest-growing energy demand globally, but to support further growth in a more sustainable manner, ASEAN countries will need to be agile with their choices in RE power implementation, especially now a target of integrating roughly 23% renewable energy by 2025 up from 9.4% in 2014.

“The region is largely blessed by abundant sunshine. With this readily available resource coupled with the plunge in solar-component costs, solar energy can be a reliable and economic boost to the percentage of renewable energy deployment. As the commercial and industrial sector contributes to about half of the total electricity consumption globally, corporations are therefore huge market forces to drive a low carbon future,” Nobre said.

The IEA said in an analysis that there is no sign of solar PV installations slowing down but that the expected increase in the use of solar is forecasted to reach over 160 GW by 2022. “That would be almost 50% higher than the level achieved in 2019 prior to the pandemic, affirming solar’s position as the ‘new king’ of global electricity markets.”