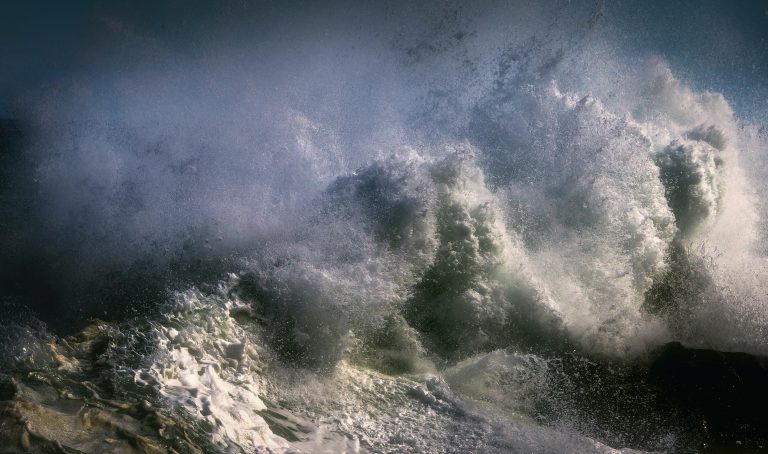 With the Paris Agreement looming over the heads of government officials, many have started to look to large-scale renewable projects as the answer to their decarbonisation woes. For a clue to which green option, in particular, we’ll be addressing, look no further than your nearest coastline. Offshore wind is a resource not yet explored to its fullest potential for many countries. As renewables become more and more the ethos in the race to decarbonisation, wind power opens up the possibility for some regions to decrease dependence on energy sources which may have more of an environmental impact. Recently America has taken a somewhat controversial step towards approving a large offshore wind farm venture, and perhaps with America showing they are willing to take the plunge into large renewable projects, more projects of this size will follow.

In a bid to prove offshore wind can add significant value as a part of America’s energy mix, President Biden has approved a large-scale project with 84 turbines to be the first utility-scale wind power development in federal waters. The project has been met with scepticism from some, and by commentators, it has been said that “the stakes couldn’t be higher” because “if the 84-turbine project flops, it will give ammunition to critics who argue offshore wind is too expensive, too unreliable and too complicated.” The U.S. Interior Secretary, Deb Haaland, took a different approach and characterised the 800-megawatt Vineyard Wind project’s endorsement as “an important step toward advancing the Administration’s goals to create good-paying union jobs while combating climate change and powering our nation.” This ambitious venture which will power roughly 400,000 homes is a test and shows America is turning the page in the incorporation of renewables to become more diversified in the energy sector. Other countries will have to map their own courses and be tested themselves but a flurry of recent approvals of large wind farms to be built in America and globally might foreshadow not only how America moves forward with the energy diversification but other countries.

Nations like South Korea are pumping $45 billion into the world’s largest floating wind farm, which is set to be built by 2030, while just this month GE Renewable Energy has closed a deal with Japan’s Toshiba Energy Systems to “localize crucial manufacturing phases of GE’s giant 12-14 MW Haliade-X offshore wind turbine and to support the turbine’s commercialization in Japan.” Another country garnering interest due to abundant offshore wind, which could be developed, Vietnam, was also named the location for the newest office opening for the power company Ørsted. “Vietnam has a great potential and optimal conditions to develop offshore wind and we are excited to be making our first steps in this market”, Ørsted said. The Ørsted office opening coincides with learning Vietnam’s true offshore wind farm capabilities after World Bank released impressive specifics. It was approximated about 475 GW of fixed and floating offshore wind resource potential in Vietnam waters by the World Bank. These kinds of strides speak volumes of the types of drastic changes countries are undertaking and highlights the current transformative nature of the APAC energy space.

In an effort to become less dependent on coal, China will soon eclipse the UK as the world’s largest offshore wind operations and maintenance market. However, some of the projects are riddled with profitability challenges. According to an official overseeing the engineering of China’s offshore wind farm, projects located in Jiangsu, Guangdong, and Shandong have been characterised as “in disorder” because of a lack of clear communication and tandem coordination within the provinces. Wood Mackenzie Senior Analyst Shimeng Yang said of the challenges, “China’s young and rapidly growing fleet will require sweeping changes in asset-management strategy to deal with massive uptake throughout the 2020s.” China is another casualty of a government attempting to tackle environmental projects without a clear policy for the entire country. The government’s ability to map out an offshore strategy across countries with the buy-in of regional officials to execute that strategy is necessary for a harmonious and successful adjustment to the inclusion of natural energy, but it is not too late.

Governing the addition of sustainable energy sources is a tricky endeavour but what of the countries who cannot consider the addition of wind farms to their waters? Unfortunately, not all of Asia is created equal or can reap the benefits of offshore wind farms. There are simply not strong enough air currents for certain countries to consider wielding wind as an energy resource. Asia as a continent consists of countries on entirely different ends of the offshore wind capability spectrum, such as China, set to become the global wind offshore wind leader and others that just can’t compete like Singapore. Still, other countries are not geographically or logistically situated where wind farms are a likely source of energy. “Of course, wind energy is not for every Southeast Asian country, not least the archipelagic states like Indonesia and the Philippines with fragmented electricity grids that require laying underwater cables to connect islands to gridlines which will impose additional financial costs and risks environmental degradation,” said Kavickumar Muruganathan in a CNA commentary article. Our hope is not to take the wind from your sails though because offshore wind projects have much growth potential and, in carefully chosen locations, can easily contribute significantly to the future of a more sustainable energy combination.

The potential of the amount of energy offshore wind farms can produce is great, which the International Energy Agency (IEA) confirmed in a released report that indicated “offshore wind has the potential to generate more than 420 000 TWh per year worldwide.” To put this amount into perspective, this aggregates to more than 18 times global electricity demand people! Although there is tremendous potential in utilising wind as a resource to bring ASEAN countries closer to energy targets, undertaking the correct strategy including clear communication, a roadmap to success, and the funds to back such venture, is imperative in implementing farms. Bottom line, offshore wind farms are a needed addition to the Asia energy mix, and we are on the right path, but unclear communication will absolutely hamper the process. Learning from the mistakes and triumphs of other regions is imperative, so is preparing for additional and new energy resources, and perhaps, as the old Chinese proverb states, now is the time to be in readiness for favourable winds.