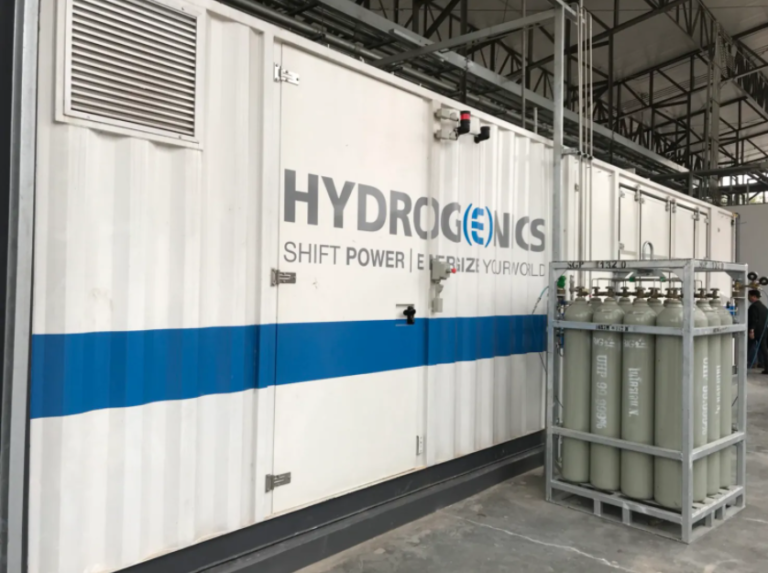 Hydrogen remains unexplored for most countries in Southeast Asia, but Thailand is optimistic for its future in grid support, grid stability, and even generation.

Thailand is the first country in Southeast Asia to develop a wind hydrogen hybrid power plant. But this move is more than just jumping on the bandwagon as the Electricity Generating Authority of Thailand (EGAT) sees myriad benefits in hydrogen as a new energy form. Early this year, we had the chance to sit down with Yosapol Rathamarit, Level 9 Engineer at EGAT, about the current and future role of hydrogen in the country.

As of writing, EGAT sees hydrogen’s role primarily in grid support and stability. The Lam Takhong Wind Hydrogen Hybrid Project, uses wind energy to produce hydrogen gas that is then stored for the purpose of producing electricity when the demand increases and when the supply is interrupted; so with this hydrogen hybrid plant, “a constant and controllable supply of energy” is ensured, explains Rathamarit. However, hydrogen cannot be used as the main energy source or as an alternative to fossil fuels yet because it is still reasonably more expensive, but hydrogen, Rathamarit believes, can assume this role in the future.

While the path is being paved, EGAT tries to gain a better understanding of hydrogen technology “so that once this technology becomes more widespread in the future, EGAT will be ready to take advantage of it.” Rathamarit knows that a steep learning curve comes with every new technology, and EGAT will be in a better position to take this on from several years of exploring hydrogen through the Lam Takhong project.

Cost primarily hinders hydrogen to take on a more significant role in energy generation and storage in the near future. Today, battery storage (which EGAT also uses simultaneous with hydrogen) remains the more efficient option largely because it can produce and store more energy and at the same time prevent huge energy loss. Hydrogen, on the other hand, has a greater loss as heat when stored as energy, thereby, making it less efficient.

However, hydrogen can be more competitive when environmental impact is considered, Rathamarit argues. Batteries can only be used for five to ten years, so the cost of its disposal and the replacement costs throughout its lifetime increase the overall price of the system; whereas, a hydrogen system is made of recyclable materials and can be used for 20 years without needing a lot of maintenance and replacements. This way, hydrogen costs become more comparable to batteries.

Still, there are reasons to remain optimistic. EGAT believes that in the near term, the cost related to hydrogen production will go down. According to Rathamarit, hydrogen will enjoy more competitive pricing when the price of fossil fuels goes up and the price of renewables goes down. “Hydrogen is produced by splitting water, but the water itself is not expensive, what’s expensive are the electricity and electrolysers used to split water into hydrogen gas,” he further explains. Today, though, there is higher confidence that the price of renewables, especially solar, will significantly drop. China and other countries are producing a lot of solar equipment, Rathamarit shares, and hydrogen can be produced from solar, so the price of the technology will decline as well.

EGAT’s outlook for the future of hydrogen in Thailand and Southeast Asia’s energy sector considers both opportunities and challenges, but this conversation highlights that hydrogen is a viable solution in addressing current problems in grid stability.

To listen to the full recording of this interview, visit Enlit Asia’s Expert Insights Series, Episode 3.