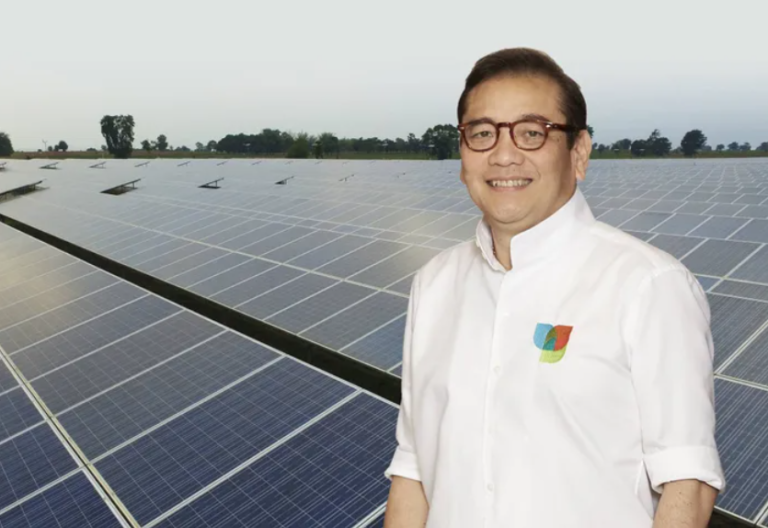 Mr Bundit Sapianchai, President and CEO at BCPG, shares his optimism for a better future with renewables.

Decongested roads, fewer vehicles, cleaner beaches, and better air quality – these are probably some of the better things we’ve seen from COVID-19. Mr Bundit Sapianchai, President and CEO of BCPG Public Company Limited, even believes that people want this better environment look for long-term rather than temporary.

I think this outbreak has made a clear path of green energy development.

“I think this outbreak has made a clear path of green energy development,” he tells us in an interview for Enlit Asia. Now that people know what it’s like and how it feels to have a restored environment, the business case for the energy transition is likely to be more widely accepted even when the crisis ends and all activities begin to pick up.

Striving to be one of the world’s “greenergy” icons, BCPG is aligning its business to capitalise on this increasing public awareness of environmental issues and support for green initiatives According to Sapianchai, there are several opportunities for renewables in the Southeast Asian market. To illustrate, the company is currently looking at Vietnam, which Sapianchai believes, has a huge potential to be one of its key markets.

Vietnam, even prior to the pandemic, had established itself as a new manufacturing and production hub for multinational companies like Samsung and LG, areas in which China previously had a monopoly. This development equates to an increase in power demand, and as the country announces its efforts to achieve a more sustainable energy future, this power demand can be filled by renewable energy, especially solar and offshore wind which are abundantly available in Vietnam.

Additionally, BCPG remains confident that the investment situation for renewables will get better. For now, the company strives to be “very proactive” when it comes to investments. “Although we have an accuracy plan and a cash reserve, some investments have been delayed,” shares Sapianchai, and we have seen the same pause in deal activities as well within the region.

Lastly, Sapianchai anticipates a new trend he perceives will heavily impact the industry in the next five years – the rise of “prosumers”. In just a few months, globalisation efforts have been brushed away, and we see people leaning more toward localisation. Movement restrictions have made us less connected and everyone is left to tend to and rely on themselves, thus, ushering in the role of prosumers. Consumers will be more proactive in producing and selling electricity by themselves, and this, Sapianchai highlights, will also fast-track the shift to renewables, especially when the regulatory environment for enabling the prosumer movement has already been set up.

A relatively young company in the energy space, BCPG has high hopes to stay in its current position as a leading innovative green energy company in the Asia Pacific and to be a “green super major” in the next decade.