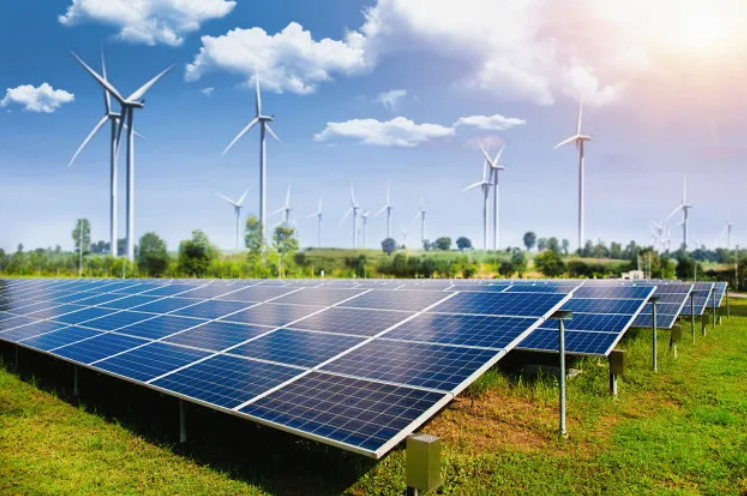 Romain Voisin, Executive Director of the Energy & Infrastructure Group at Crédit Agricole Corporate and Investment Bank, enumerates which markets in Asia have the edge to receive competitive RE financing.

Committed to supporting the ASEAN energy transition, Crédit Agricole Corporate and Investment Bank (Crédit Agricole CIB) provides active support to clients in the region from arranging and providing financing to giving advice. Romain Voisin, Executive Director of the Energy & Infrastructure Group at Crédit Agricole CIB, joins Enlit Asia in an interview about where he sees the most attractive markets are in Asia concerning renewable energy (RE) projects.

Crédit Agricole CIB, as a leader in green and sustainable bond issuance for corporates, governments, and multilaterals, maintains a constant dialogue with policymakers to help promote renewable-related investments. Still, they know the availability of capital plays a critical role to get the ball rolling.

It isn’t a secret how the pandemic has impacted the power sector including the pace of project development, hence, some fear the momentum for renewable energy solutions’ rollout will likewise be delayed. But for Voisin, prioritising the capital availability for renewable initiatives will help the case. This is why Crédit Agricole CIB aims to “continue to allocate significant capital, at attractive terms, to foster competitive renewable energy solutions” parallel with the bank’s gradual reallocation of loans and investments to be aligned with the Paris Agreement, says Voisin.

At present, Crédit Agricole CIB plays an active role in Taiwan’s renewable energy sector, being involved in all offshore wind and several onshore wind and solar projects in the market. Considered the most active market in renewables in Asia, Taiwan is seen to have the “commitment and real actions” in developing the RE sector with “significant and well-implemented pipelines.” Such commitment and action are crucial to motivate as well as justify investments. Apart from Taiwan, Crédit Agricole CIB is poised to support the development of offshore wind markets in Japan and South Korea.

Indonesia, too, is seen to have a significant potential in RE development and investment considering its large market, energy demand and growth, renewable resources, and geography. But historically, the country has had limited RE projects, partially because of very competitive thermal power solutions taking advantage of Indonesia’s rich coal reserves. On the uptake of renewables, Voisin shares an observation that traditional renewable sources, particularly geothermal and hydro, often slow the projects as they have longer development cycle and higher development risk as compared to wind and solar. Change seems to be imminent with Indonesia offering more concrete solutions. Its first sizeable RE tender, the Hijaunesia solar tender, should mean the awarding of four new solar projects and Voisin is confident that the country’s RE development will be more agreeable.

Nonetheless, it is crucial that Indonesia focuses on formulating clearer RE targets, including more concrete time tables and project pipelines, and reviewing its constraints on acceptable tariff levels for RE projects. In other geographies, the willingness to support the first renewable projects, which also carry a relatively higher tariff compared to other power sources, allows to initiate a virtuous cycle on tariffs, explains Voisin. It then leads to “very competitive renewable energy projects in the medium term as the local ecosystem for renewable builds up, driving down project costs as well as the cost of capital on the back of increased competition, confidence in the sustainability of the market and its structure.”

Vietnam is another country to look out for the potential in RE. Voisin points out the country’s recent successes in promoting renewable projects, although Vietnam has yet to improve the policies surrounding investments on renewables. “A number of risk allocations issues in the current Power Purchase Agreement framework, alongside limitations in the power grid, have so far de facto restricted these projects mostly to local and regional investors,” says Voisin. Hence, many projects faced curtailment problems. Likewise, the development of the renewable market in Vietnam has largely been funded by equity, he adds; hence, there will be challenges for sponsors needing to leverage their equity and recycle capital especially if larger-scale offshore wind projects are to be successfully developed. Should the country successfully overcome these difficulties, more investment will pour to Vietnam’s RE development.

The realisation of the energy transition in Asia is here now. Financiers, investors, and lenders are ready to support initiatives supporting this goal. There may still be matters to flatten, but the hope and willingness to push this goal forward are definitely there.

Corporate Procurement in the Driving Seat & Pushing RE Grid Growth

27 September 2021 0
Could corporations really drive the energy transition in Southeast Asia? What remains to be done? Adrian Wong, Partner at CMS Law, who will be...