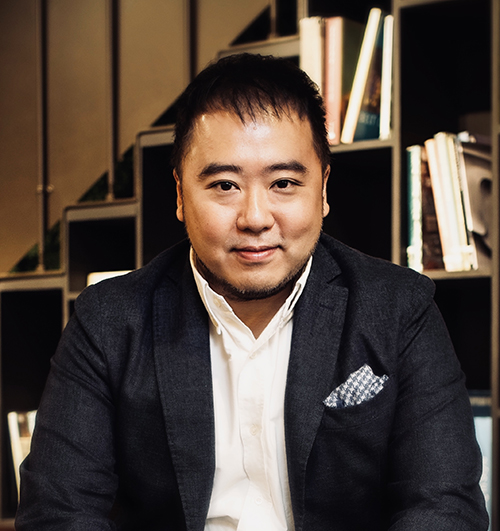 Enlit Asia sits down with Frank Phuan, CEO, Sunseap Group, about the real potential of solar in Singapore and the roles that ESS, Virtual PPAs, and RECs have to play in the country’s energy transition.

Sunseap Group is Singapore’s largest renewable energy (RE) provider but most people know our company as a solar developer, when in fact, we also venture into the other segments within the clean energy industry. But I see this as a “natural progression” because building owners who have signed solar power purchase agreements (PPAs) with us will also be open to other decarbonising solutions. Sunseap has a distributed energy business model both on the generation and consumption side, and I have to underscore that our present solutions lean toward helping our clients be more sustainable and have higher energy efficiency while at the same time save on costs.

The project is a precedent for energy storage in the country. It is a blank sheet of paper or a white wall from which we can learn how to integrate ESS into Singapore’s energy market. But the main question we often hear is on location. Where do we put ESS, a sizeable item, given Singapore’s very limited space? The solution we’re seeing is on diesel gen-sets in buildings, which are underutilised assets. Sunseap has started to tap this opportunity through a subsidiary we call “Sunseap VPower”, V for Virtual, as we will remotely monitor and operate these diesel gen-sets to allow them to participate in the energy market, and eventually, we can get the revenue out of this, share the revenue with building owners, and eventually convert these gen-sets to ESS. So it’s like hitting two birds with one stone: we are able to use an otherwise underutilised asset and we are able to address the problem of space for ESS.

In addition, we know that solar and ESS go hand in hand. Thus, with the ministry’s announcement that Singapore will frontload 1.5GW of solar power by 2025, we anticipate a higher need for more ESS facilities in the country in order to maintain power quality and reduce intermittency. This means that the Energy Market Authority’s target of 200MWh ESS deployment by 2030 will sooner or later be accelerated to match with the intermittency from the 1.5GW of solar systems.

Hydrogen, both as fuel and storage, makes a lot of sense, because its raw material, water, is abundant. However, the question is really on the cost of green hydrogen, specifically now that we’re expecting the price of batteries to drop given the expansion of the EV (electric vehicles) market. We’re also looking at the problem of hydrogen’s safe and cost-efficient transport; like what we’ve done with LNG (liquefied natural gas). Likewise, the infrastructure for a cost-efficient hydrogen economy is going to be challenging to develop.

Solar is the most promising renewable resource in Singapore but again may doubt its real potential given the country is land-scarce. Sunseap believes we can leverage on solar’s full potential despite space restrictions through utilising new areas, refreshing all areas, and looking at the vertical installation of solar panels. For example, we can refresh spaces on rooftop and reservoirs. We can replace old systems with the latest solar technologies to generate more power, thus, provide more revenue. We can also use bifacial solar panels, a new technology that allows us to generate power from both the front and back sides, so we can use a solar fence or a solar barrier. As Sunseap, we also have a project, which is now near completion, that aims to show that a floating offshore coastal PV project in Singapore is viable. We can also tap on cross-border interconnect, like what was recently announced between Malaysia and Singapore.

It’s just really the mindset and political will for us to achieve solar’s real potential in Singapore. Fortunately, the country has a consistent political will to do this as we’ve seen in the commitment to deploy 2GW of solar by 2030, and I believe Singapore is not limited to 2GW. As long as we embrace that solar is no longer what we considered as an “alternative energy” but rather a “mainstream energy,” we can look forward to solar playing a big role in Singapore’s energy mix.

Yes, I believe this interconnect, the very first in Singapore-Malaysia, will pave the way for the ASEAN grid vision. We are leveraging this opportunity with plans to form partnerships to develop solar assets in neighbouring countries, like Malaysia and Indonesia, and then use these partnerships for a green interconnect, ultimately, increasing the supply of clean energy for Singapore. We have to understand that the import agreement is not because Singapore has an insufficient power supply (as we have enough) but because we have insufficient green energy and because we don’t have enough land areas compared with Malaysia which has a lot of unused areas.

Definitely, RECs will help accelerate the country’s shift to a lower-carbon future, and we have to give credit to RE100 companies in their leadership with this green energy certificates. But there has to be a common metric on RECs in Singapore. In 2015, Apple bought green power from us, but at that time, there are no standards on procuring RE. We only relied on US practice where we have a registry for REC and we use this registry to lock in the availability of credits from a supply and demand perspective; then a third party comes to audit the source. While this practice works, it is ideal to have standards, so we know what is defined as green energy and use this as part of sustainability reporting because otherwise, everyone will just report on different things. In Singapore, we are working to publish a set of standards for RECs, which will be published next year, so as to help the public understand what really is green energy and what is just paper pushing.

This is complimentary to RECs. We need to correct the misconception that RECs is a form of sustainability from just a green angle, because RECs have economic benefits, and a very strong one at that, too. For one, oil and gas are considered commodities, therefore, subject to macroeconomics like buying, selling, global supply and demand, and even politics. Hence, we cannot foresee the price of oil and gas 20-30 years from now. Solar, however, is different. Once we install the system, we can determine the system’s levelised cost of electricity in its lifetime. So we can say we know the price of energy from today and even 20-30 years from now. With this, we can lock in a long term PPAs with clients. Essentially, we are swapping a floating cost with a fixed cost; so, clients not only get clean energy but also fixed-price energy for the next couple of decades or so. This is helpful for operations like data centres because they will know their future electricity expenses, and this is something no other fossil based retailer can do.

ASEAN has several developing countries where we see tremendous potential and opportunity for renewables. In developed countries, like the US and Europe, they had to deal with already developed infrastructure, amortise it for a number of years although there’s an incoming technology, so it makes their adaptation to these new technological innovations slower. Meanwhile, for developing countries, which are still growing, hence, they are able to launch mega projects, like in Vietnam where 4GW of solar power in a year was developed. So developing countries in ASEAN can leverage on their growth and development, use the latest technology, and invite infrastructure investments.