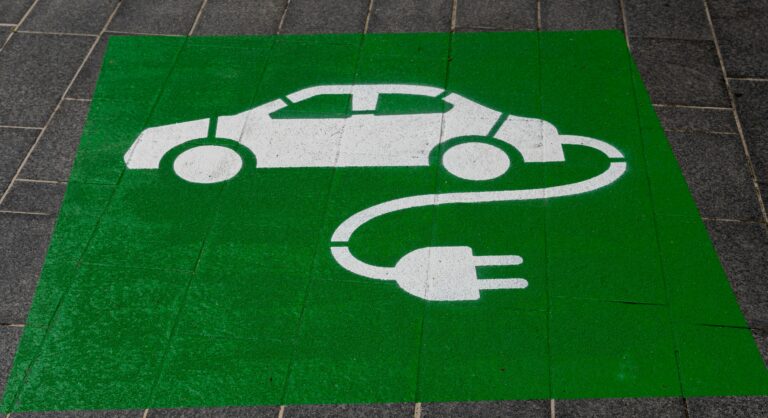 ASEAN is a promising market for electric vehicles (EV). The low-speed electric vehicle (LSEV) market size for APAC is expected to reach 71.8 million units by 2025 and a CAGR of 6.6% during 2018–2025. In 2017 the transportation sector absorbed 80% of gasoline and diesel consumption and was responsible for 23% of greenhouse gas emissions in ASEAN, this adoption of EVs across the region will therefore support emissions targets, the increasing drive for cleaner skies across ASEAN cities as well as reducing the dependence on oil products.

According to Nissan and Frost & Sullivan’s 2018 research, 37% of ASEAN consumers are willing to consider buying a Battery Electric Vehicle (BEV), with the highest demand in Indonesia, Thailand, and the Philippines. However, consumers are still worried about the price of EVs being expensive compared to conventional cars. In addition, almost half of the respondents are concerned about running out of electricity before they reach a charging station, the limitations of charging infrastructure, and the safety of electric vehicle technology.

In spite of high EV prices and limited charging infrastructure, several ASEAN countries have set EV targets. Singapore, for example, will phase out vehicles with internal combustion engines (ICE) by 2040. As a first step, from 1 January 2021, the Government will implement the EV Early Adoption Incentive (EEAI), a 45 percent discount of up to S$20,000 of the Additional Registration Fee for fully electric car and taxi buyers.

To overcome the anxieties around infrastructure, Singapore is targeting  28,000 EV charging points across the island by 2030, up from 1,600 currently installed, and to further encourage EV adoption, the regulators have included  Japan’s CHAdeMO fast charging method as an optional public charging standard. As a transportation option for commuters, since 2017, Singapore has also launched the national electric car-sharing program BlueSG, with around 650 vehicles and more than 1,200 charging points across the island. Meanwhile, Singapore will build new power generation capacity and strengthen the network in the anticipation of greater electricity demand.

Among all ASEAN members, Thailand has the most robust automotive industry. In 2015, Thailand created a national EV roadmap to become an ASEAN EV hub. The target is to generate 1.2 million EVs by 2036 and reduce ICEVs and non-renewable energy use. The Government has launched numerous policies and projects to promote investment in the EV industry including various incentives, such as subsidizing investments in charging outlets for public organizations and the private sector. Gradually the number of charging stations in Thailand has gradually increased to 583 by June 2020.

First (2021-2022), the Government will promote electric motorcycles and support infrastructure nationally. Second (2023-2025), the EV industry will develop to produce 225,000 cars and pick-up trucks, 360,000 motorcycles, and 18,000 buses/trucks by 2025, including battery production. The third (2026-2030) has 725,000 EV cars and pick-ups and 675,000 EV motorcycles, including domestic battery manufacture. The EV policy committee also set financial and tax incentives and safety standards for EV and battery manufacturers, to further develop the EV market.

EV development in Indonesia may not be as fast as in Thailand. In 2020, only 2,278 EVs consisted of cars and motorcycles with 122 public charging infrastructure. However, Indonesia also has ambitions to become the center of electric vehicles in the region. The IEA’s The Role of Critical Minerals in Clean Energy Transitions report states that Indonesia has a great opportunity as a first-class player in the world’s EV industry. Indonesia could dominate the hub for EVs that supply the needs of the ASEAN region by 2030 because it has significant sources of nickel, cobalt, and copper, which are essential for the manufacture of EV batteries. According to the IEA, Indonesian nickel accounts for about half of global production growth over 2025.

Last year, President Joko Widodo issued a policy to accelerate the electrification of electric vehicles in Indonesia. In the new roadmap submitted by the Government in early 2021, with the support of various fiscal and non-fiscal incentives, in Indonesia could see 2.2 million electric cars and 13 million units of electric motorcycles on the road by 2030. So far, South Korea’s Hyundai has invested up to US$ 1.55 billion. Toyota Japan is also committed to supporting the program and which will target hybrid technology starting in 2022. Indonesia has also set a commitment to EV utilization and infrastructure that the Government must support. For instance, Indonesia is aiming high with creating a target to sell only electric cars and motorcycles by 2050.

Are EV’s the Biggest Auto Trend in 100 years?

Like Indonesia, Singapore has several aggressive EV targets but even more telling is approximately 50% of drivers there are open to driving an electric vehicle. Percentages like this will only rise and will most likely do so rapidly especially if the analyst at Bank of America who crowned EV’s as the biggest trend in the last 100 or so years proves to be right.

“It’s an exciting time ahead of us with regards to new technology in the automotive industry,” said Martyn Briggs. “You’ve got to go back a hundred years or so before we had such a transition, ironically then from electric to combustion cars, and now obviously we’re going to be doing the reverse.”