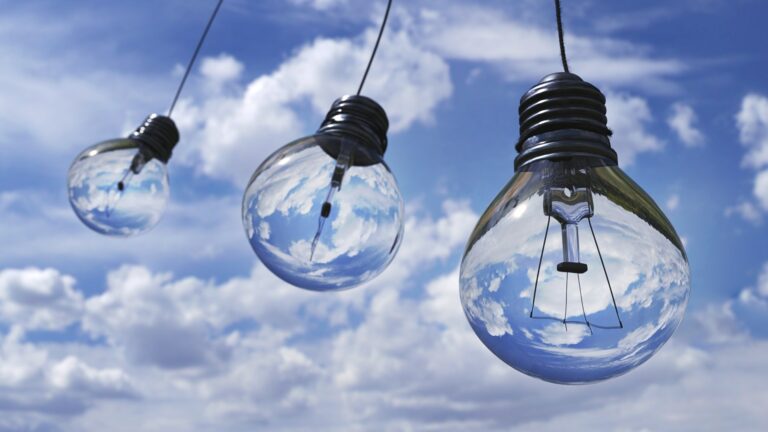 Is hydrogen, one of the most abundant elements on the planet, the key to grid transformation and capable of accelerating decarbonisation? Some experts think it might be, but the claim has yet to be substantiated. The quest to utilise hydrogen as an energy source began in 1776, and though much has been learned about the element with regards to how best to adapt it to the grid, there have been significant complications.

Hydrogen is a hot topic at the moment because, if used correctly, hydrogen technology and the use of hydrogen can be used to support the energy sector to reduce its carbon footprint as long as blue hydrogen is not in use based on a new study.

Blue Hydrogen Produces more Methane than even Gas or Coal

While green hydrogen is still seen as a low-carbon fuel, blue hydrogen has recently been uncovered as producing more methane than even gas or coal. In a new research published in the journal Energy Science and Engineering, the study showed that the carbon footprint to generate blue hydrogen is over 20 percent greater than using either natural gas or coal directly for heat, and an eye-popping 60 percent greater than using diesel oil for heat. “There really is no role for blue hydrogen in a carbon-free future,” the report’s authors said.

“Politicians around the world, from the UK and Canada to Australia and Japan, are placing expensive bets on blue hydrogen as a leading solution in the energy transition,” Robert Howarth, the co-author of the study and Professor of Ecology and Environmental Biology at Cornell University, said in response.

“This is a warning signal to governments that the only ‘clean’ hydrogen they should invest public funds in is truly net-zero, green hydrogen made from wind and solar energy,” he said.

George Varma, Partner for Pinsent Masons, highlights that hydrogen can be used in various ways and will prove especially beneficial in areas such as transportation, grid stabilisation, and manufacturing for heat-intensive industries and the petrochemicals industry where it has traditionally been utilised.

“In my view, carbon-intensive industries such as the mining sector, oil and gas sector, and transportation sector will greatly benefit by utilising hydrogen as a fuel source. In particular, green hydrogen, which is derived from the generation of renewable energy, will be the preferred method for producing hydrogen. Green hydrogen has the capability to stabilise renewable energy delivery to projects (particularly in the mining sector) on a more levelized basis during periods when renewable energy is not produced – the lack of security of supply has always been the Achilles’ heel to the use of renewable energy in the industry which requires high volume and consistent power supply”, he said.

While he understands that cost may be a deterrent for some, Varma believes that the price will decrease, and possibly sooner than we think. “As renewable energy projects increase in scale and number, hydrogen will be able to be produced more economically (particularly with the decreasing cost of renewable energy production) and more efficiently, given the substantial sums being invested into research and development of hydrogen technologies.” Once this comes to pass, companies will have the opportunity to benefit.

Reducing carbon emissions is absolutely essential to reach net-zero targets, and a recent study conducted by a research project Hydrogen4EU uncovered hydrogen technologies would be critical in reaching the 2050 net-zero targets by decarbonising ‘hard-to-abate sectors.’ The study highlighted that hydrogen technologies could potentially close the gaps left by other decarbonisation solutions which is crucial to ensure overall efficiency.

Soumya Sahu, of MAN Energy Solutions, believes hydrogen does factor into ASEAN meeting aggressive net-zero targets and champions the use of the element. “Currently, ASEAN economies have started looking into hydrogen with an aim to provide sustainable energy in transportation and power generation sectors. While these efforts are very small steps compared to what advanced economies like Japan, Korea, and Australia are taking, but it’s a start. Some of the applications being discussed for hydrogen are its use in chemical processes, mixing with other fuels, etc. Small scale pilot projects are on the horizon in all these countries,” Sahu said.

“Hydrogen as an energy storage vector…can significantly change the game.”

Varma said that meeting decarbonisation targets will require significant power market change as well as a transferral of focus to the utilisation of synthetic fuels such as hydrogen, from fossil fuels. “The current transition to renewable energy in many of these markets will go a long way to achieve these targets, but it is the utilisation of hydrogen as an energy storage vector that can significantly change the game. Being able to store renewable energy for longer periods of time and in larger quantities, as compared with battery storage systems, will be critical to the update of renewable energy in these markets.”

Varma stressed that he is not proposing hydrogen is an adequate stand-in for batteries or that they are mutually exclusive technologies. “Rather, I suggest the opposite is necessary and that combined battery and hydrogen storage technologies will need to work together to enable the transition to renewable energy and make some significant in-roads into carbon reduction targets,” he said.

In a press conference moderated by the Economic Research Institute for ASEAN and East Asia (ERIA) which focused on ASEAN decarbonisation, Dr. Saleh Abdurrahman shared his hopeful outlook with regards to the role hydrogen will play in their sustainable energy journey. “Indonesia is committed to reach our NDC targets to reduce our emissions by 29% in 2030 and 41% with international support,” he said. “The role of hydrogen is very significant to achieve our targets. We can produce hydrogen from either gas or coal with carbon capture and storage (CCS) or ‘green hydrogen’ with hydro, geothermal, biomass, and others. We welcome and support the initiative by ERIA to establish this working group to find ways to cooperate to support us and countries like us to accelerate the production of hydrogen,” said Dr. Saleh, on the Expert Staff for Indonesia’s Minister of Energy and Mineral Resources

According to Varma, Indonesia and others countries need to have a legislative framework that promotes the advancement of domestic hydrogen markets. It also is necessary that domestic hydrogen markets are established to support the growth of hydrogen projects at a small scale. These domestic markets will aid decarbonisation efforts and will also stimulate economic growth as new industries are created through the development of hydrogen hubs, hydrogen infrastructure, and local manufacturing, both at the industrial level and for domestic consumption.

Unsurprisingly, the successful utilisation of hydrogen as an energy source has taken 245 years, and uncovering the application of the element is still ongoing, but the benefits outweigh any roadblocks. The alternative of not utilising an abundant element seems preposterous in the race towards global decarbonisation, and we need all sorts of tools, including hydrogen.

“My final observation is that the multifaceted uses of hydrogen will ensure that this industry will succeed in time. Its applications across sectors, coupled with the drive and desire by both the government and private sector, to decarbonise encourages innovation and collaboration at levels that we have not previously seen. There will, of course, be naysayers along the journey, as there always is, but I believe that those who stay the course will find a way to make the hydrogen market the most lucrative energy market in the world in time,” Varma said.