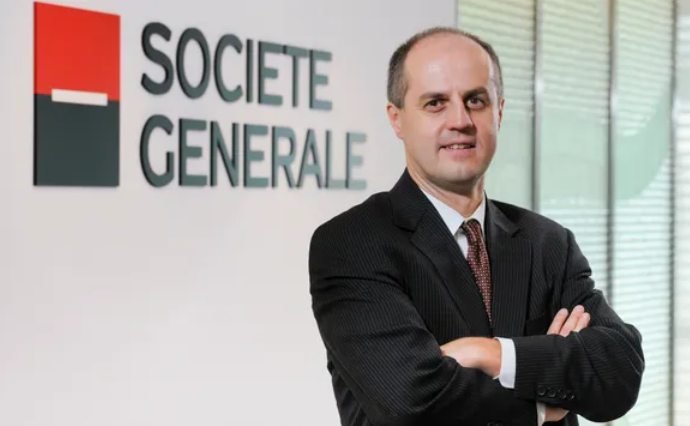 The pandemic disrupted the power sector in the Asia Pacific. Where does the industry currently stand in terms of capital? Are there any areas we can put our optimism in? Société Générale’s Daniel Mallo shares with Enlit Asia his expert assessments.

Deal activities in the first half of 2020, due to COVID-19, were on a pause and pick up in the second half of the year has been slow. Daniel Mallo, Head of Energy, Infrastructure, and Metals and Mining, APAC at Société Générale, tells us the pandemic’s short- and long-term impact on the power sector, his forecast on the availability of capital, and the trends we have to look out for in the next five to ten years.

Ongoing projects are naturally affected as the completion of such depend on the ability to physically continue to build. Hence, delays are to be expected while workers vacate construction sites and return to their families. Supply chain disruptions halted the sourcing of critical equipment, and projects that just need the last few permits or approvals are looking at a delayed start.

Despite these interruptions, the power sector, Mallo believes, will prove its resilience. “Power transactions typically rely on long-term power purchase agreements, thereby, keeping it insulated from vagaries in the commodities markets,” he explains. Unlike oil and gas which are highly volatile, the power sector is more structured and contracted in nature. Yet, the long-term impact on the sector cannot be taken for granted especially because this is a question on fundamentals, meaning the demand for power and the future tenders for the power sector in the region.

We have seen a drop in power demand as work habits changed and commercial establishments stopped operations. In fact, there is about 20 to 30% decrease in power demand since the pandemic. The question then lies on the pace of recovery, whether this decline is temporary and how quickly demand will recover since this pace determines future investments. But there are encouraging signs; Mallo cites China’s Wuhan and Hubei provinces as well as South Korea where demand has returned to the same level as last year. Mallo, in a quick catch-up recently, says deals are getting done in the second half of 2020, like renewables in India, gas in Bangladesh, and solar in Indonesia, although we are seeing that there are deals that are struggling to complete their conditions precedent, though these generally are related to securing permits and approvals.

Future tenders in the region may also be affected, since utilities are still reassessing their strategies, and utilities are the ones that usually launch these tenders. Also, the economic outlook for majority of countries in the region, including Singapore and Thailand, is not at all favourable, with forecast on recessions already happening as of date; and this too delays tenders.

Mallo outlines that capital, in relation to the pandemic, is a “tale of good and bad.” The good part is that capital remains available for the power sector as well as renewable energy (RE). These two assets still attract capital, especially RE, which Mallo believes is the sweet spot despite the disruptions from COVID-19. In fact, Société Générale has recently closed a 180MW floating solar project in Taiwan and a solar and hydro project in Indonesia. Thus, Mallo concludes that the capital has “maybe shifted around a little bit but power and renewable still attract capital and we have seen capital remain available to these asset classes.” In fact, the second quarter of 2020 shows that financing markets have stabilised and are now largely normalised, especially for “segments that fit well with lenders’ general investment strategies as renewable energy,” Mallo says during our recent conversation.

The negative aspect is that the cost of capital has gone up, but still not that “catastrophic” per Mallo’s evaluation. For him, there is still value in financing renewable projects today even if the cost of capital is higher than what it used to be, because assets like solar plants, wind farms, and hydro power are 20- to 30-year assets, and over their lifespan, there will be multiple opportunities to refinance them in a more normalised market and therefore lower the cost of capital as the projects roll.

The region’s energy transition has taken the spotlight during the pandemic. As the crisis impacted thermal capacity, renewables profited. People have become more conscious of the way they consume energy, and this change in mindset will affect the price of renewables. Additionally, Mallo has firm belief that even if we take the pandemic aside for a moment, Asia generally has conducive fundamentals. For one, Asia generally has higher economic growth rates than anywhere in the world and this is anticipated to continue in the long haul. Taking back COVID-19 into the scenario, growth is still perceived to start in Asia before it trickles down to Europe and then to the Americas.

Significant development in renewables is also expected in the next five years. Mallo believes that microgrids and minigrids, hydrogen, floating solar, and offshore wind will thrive. Asia, he says, is a favourable region to export hydrogen and in the next five years or so, hydrogen will soon become a new carrier of energy. He also recognises the suitability of microgrids and minigrids with the geography of several countries in Asia, like the archipelagic composition of the Philippines and Indonesia and even frontier markets like Myanmar, which can all benefit from distributed generation solutions.

Meanwhile, floating solar holds a lot of potential for the region. A solution to land acquisition problems discouraging financiers, floating solar projects, like the one Société Générale is doing in Taiwan, have more developments to expect. “I think this floating solar is actually an asset class for which Asia could lead the way globally as there’s more activity for this asset class here in Asia than anywhere else in the world,” asserts Mallo.

As of date of interview, Société Générale is involved with similar projects in Indonesia and a few other countries in the region. Furthermore, floating solar can be used in conjunction with hydro, such as in Indonesia, the Philippines, and Laos which have rich hydro resources and reservoirs that can be used to deploy the project. To further underline its regional potential, EGAT recently awarded a contract for the world’s largest hydro-floating solar hybrid project and one of the largest floating PV systems globally.

Another bright spot in the region is offshore wind. Mallo is convinced that this will move from a single market in Taiwan today to a handful of markets in the region. Two years ago, there was nothing in Asia in terms of offshore wind, except in China, but today 1.5GW in Taiwan is under construction or currently in operation. “We also closed on a 140MW offshore wind farm in Japan early this year and developers are looking at Vietnam, India, and Australia,” Mallo shares and underscores that there is definitely a potential for offshore wind to become more sizeable and accelerate the region’s energy transition.

Thus far, Mallo sees huge potential in Vietnam for offshore wind given its long coastline that is conducive for this asset. The country, too, has come out stronger from the pandemic, which means the demand for power will increase along with manufacturing. Indonesia, too, is potentially a top market as it is a large and has a strong demand. Plus, Indonesia is trying to catch up on accelerating its own energy transition, as the largest economy in Southeast Asia, the country will not let itself lag behind its neighbouring countries for long.

Hence, in pursuing the deployment of renewables at this time, governments can take a cue from the capital flows moving squarely toward RE and find ways to accelerate the development of projects, especially the extended timeframe of project development due to complex permitting and land acquisition processes.