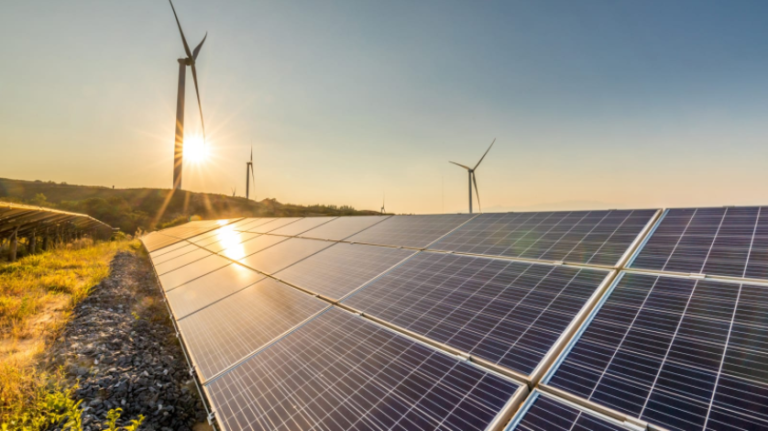 Indonesia holds huge potential to accommodate renewable energy but is seen as a slow mover with regard to the energy transition. With a concrete plan to meet its national renewable energy target of 23% by 2025, however, Indonesia could keep up with other countries in Southeast Asia in energy transition efforts. This is what M. Ikhsan Asaad, Director of Mega Project at PT Perusahaan Listrik Negara (PLN), FX Setijastoto, Director General of New Renewable Energy and Energy Conservation at the Ministry of Energy and Mineral Resources Indonesia (MEMR), Romain Voisin, Executive Director of the Energy and Infrastructure Group at Credit Agricole Credit Investment Bank (CACIB), and Frederic Fontan, Chairman of French Renewable Energy Group for Indonesia and Chief Representative in Indonesia at EDF conclude during a series of presentations and panel discussion on the fifth episode of Indonesia’s New Energy Paradigm webinar series.

As of June 2020, the country’s renewable energy mix is only at 14.02%, mostly from hydropower and geothermal sources, and still way below its 23% target in five years and its 29% target in ten years. Despite it being the biggest electricity market in the region, Indonesia seems to fall behind its ASEAN neighbours in terms of wind and solar development, Fontan notes. Generally, Indonesia’s strategy to be on par with other nations is to “create an energy system that is sustainable and can support the country’s economic development”, highlights Setijastoto. Realising a sustainable energy industry for Indonesia primarily involves tapping into solar, biomass, and wind to add 9% more renewables into the energy mix.

To do so, PLN has started its “Green Transformation” that consists of four schemes: co-firing, floating PV (photovoltaic), diesel plant replacement, and large scale hydropower development. Even though the concept is new to Indonesia, co-firing is seen as one way to promote renewables, as it involves using an existing plant, therefore, incurring no additional investment to build a new one. Likewise, PLN has coal-fired power plants suitable for mixing with biomass, such as the ones in Paiton, Juranjang, Ketapang, and Tembilahan Sumatra, which are co-firing with either sawdust biomass or palm empty fruit bed, says Asaad. Another strategy is building floating PVs, an ideal approach considering the rapidly decreasing price of solar PV in the market.

PLN and the Ministry of Public Works (PUPR) are working toward a large scale hydropower development in Indonesia, which aims to use existing PUPR dams and implement the Renewable Energy Based on Industrial Development scheme (includes Kayan Hydropower and Mentarang Hydropower in North and East Kalimantan as well as four more locations in Papua). The two organisations are identifying dams to be converted to hydropower, and as of date, six of these dams are undergoing the procurement process in PUPR. Another key strategy PLN looks at is the use of Renewable Energy Certificates (RECs). By selling RECs to its customers, PLN believes that the commitment for the energy transition will be stronger, especially because RECs are internationally acclaimed, thus, more attractive for customers.

On another note, the country addresses concerns on investment necessary for the realisation of its renewable energy target. The country, for example, has reviewed its renewable energy pricing regulations to accommodate both domestic and international investors. New regulations include updated pricing dependent on technology and location rather than BPP or the amount of cost generation, which, over the years, has determined a tariff ceiling for renewables in Indonesia. Setijastoto explains that in the new regulation, pricing for small scale and large scale technologies vary. In the same way, pricing is now related to location, for instance, 1 MW in Java is priced lower than the same in Sulawesi.

There are also changes in the procurement process in that below 5MW capacity is done through direct appointment, whereas, more than 5MW should be based on a ceiling price. He also notes that the government now provides compensation, financial or otherwise, whenever there’s a gap between the price set in the regulation and PLN’s BPP; a welcome development for lenders and stakeholders, acknowledges Voisin, noting that tariffs often discourage investors. Voisin also shares how the approach to the procurement of renewables is usually “successful when it starts with feed-in tariff (FiT)” because it allows investors to visualise a pipeline and good visibility of returns.

To succeed with the 23% renewables integration into the energy mix by 2025, Indonesia has to continue looking for ways to optimise its renewable resources, build partnerships with stakeholders, and improve its investment environment. Optimism from lenders is evident, all it takes is a polished plan showing the country’s commitment to keeping up with the rest of Southeast Asia.

Utilities and the Consumer: Transformation with a New Focus

1 April 2021 0
New partnership alert! SFC Energy AG recently released the news of a burgeoning expansion and partnership with Toyota Tsusho. Together, they will expand in...