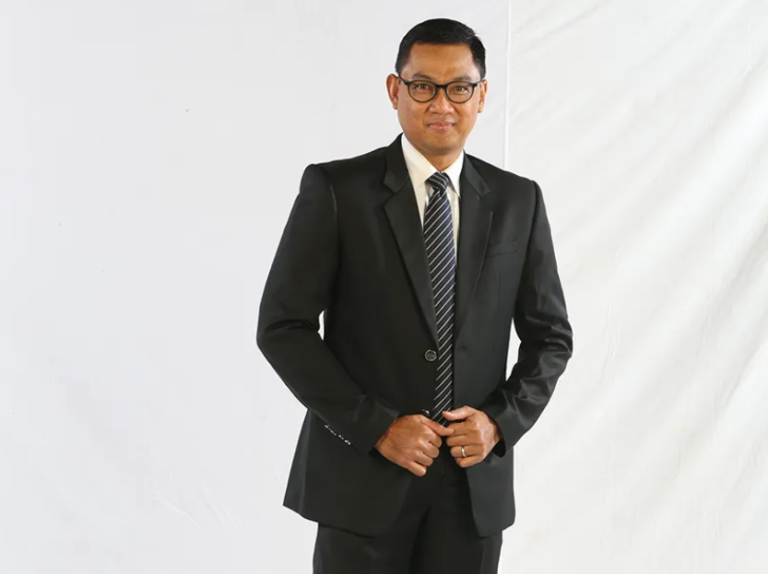 One of the world’s largest utility companies, PT Perusahaan Listrik Negara (PLN) knows that maintaining a competitive edge requires adapting to global changes, in particular digitalisation, decentralisation, and decarbonisation. How exactly does PLN plan to do so? What are the strategies lined up for the state utility and how can these strategies be realised? Darmawan Prasodjo, PLN’s Vice President Director, discusses these points in an interview during the last episode of Indonesia’s New Energy Paradigm Digital Series.

PLN strives to become the electricity champion in Southeast Asia and to become the number one customer choice in energy solutions, not only in Indonesia but across the region. In line with these goals, the state utility has introduced four core strategies: lean, green, innovative, and customer focus.

Pak Prasodjo outlined these four pillars that are central to the New Paradigm strategy. By going lean, PLN will focus on driving efficiency and reliability, with digitalization of its major business processes at its heart. Trend analysis, demand forecasting, cost estimations, tender analytics, e-procurement (currently being installed), and e-contracts will all be rolled out in an effort to maximize efficiency.

A heavy emphasis on green initiatives is at the core of this transformation agenda. Reducing the country’s dependence on fossil fuels is critical with PLN working to double the current 7.8GW renewable energy capacity by 2025. While coal will remain an important part of the energy mix, clean coal and emission control technologies will come to the fore.

PLN realizes that the need to diversify from its core energy business increases as the energy transition builds. The third pillar, innovation, refers not to technology but the need for PLN to explore revenues from other sources beyond power generation, or; “beyond kilowatt-hour”.   Adapting to the demands of the era, PLN will begin to explore such opportunities as the shift to EVs.

“The customer is king,” declares Pak Prasodjo as he outlines the importance of customer focus, the fourth underlying pillar of the New Energy Paradigm. Placing the customers’ needs at the centre of everything PLN does is vital to their continued success in a changing power market. Achieving a 100% electrification ratio for Indonesia is hugely important to the business, and the economic development of the country and will go a long way to reinforcing PLN’s commitment to the people of Indonesia. PLN is also relaunching PLN Mobile to improve their customers’ experience, specifically on payment and communication, the programme is already underway and PLN’s expectation is that facilitating these processes will improve the customer experience.

PLN is set on its transition to cleaner energy. In fact, the state utility plans to accomplish this goal through achieving its current target of an additional 5 GW of renewable energy to realise the 12.8 GW goal by 2024, , launching “green boosters” by implementing co-firing biomass, and building large scale renewables like hydro and geothermal. Prasodjo also outlines the important role of energy storage to provide renewable electricity access to remote areas through microgrid development.

Challenged on the fact that a huge 27 GW of coal-fired electricity is due to come on line by 2028, Prasodjo argues that PLN, at the moment, is trying to “balance growth and environmental sustainability,” explains Prasodjo. Coal-fired power plants were installed from 2014 to 2020 to “become the foundation of a stable baseload while keeping production economic, just like what China did.”

Prasodjo underscores that PLN isn’t looking at adding fossil fuel capacity as its focus is primarily on prioritising green energy. The ongoing plant constructions are only those for which contracts had already been signed. Its electricity supply business plan (RUPTL) supports this goal, with Indonesia pushing to double renewables capacity in the coming years, specifically to include 23% new and renewable energy in the country’s primary energy mix by 2025. PLN has invested considerable time and effort to fully assess the energy supply and demand in the country, finding that 5200 diesel engines are still used in 2,130 locations across the country, thus, planning to convert roughly 2 GW capacity from diesel fuels to renewable energy. They have also examined the renewable energy potential of each region to understand what works best for the area and the community.

PLN dreams of having renewables being able to compete head to head with fossil fuel energy, especially in terms of pricing so they could be the first choice in power generation. Consequently, PLN keeps on innovating “to ensure that renewable energy is going to be the workhorse for the future.” “History in the making” is how Prasodjo describes the aggressive move to promote renewables in Indonesia, aimed at providing “cleaner energy not only for the current generation but for the future generations.”

Prasodjo is at pains to highlight that PLN is not allowing distractions to block its path forward. Even when the ongoing pandemic resulted in a slowdown of PLN’s revenue due to declining energy demand and sales, the state utility turned the negative into a positive. Prasodjo even believes how COVID-19 is a “blessing” for PLN as it pushed them to map out the challenges, be innovative in mitigating impacts, and understand and find new potential markets in each sector and each region.

PLNs goals are ambitious and Prasodjo realises that achieving their vision is only possible through collaboration. “Let me emphasise that we cannot do this alone. We are going to do this through collaboration.” This can be national, regional, and international collaboration, and can be in the form of sharing technical know-how, assisting PLN to expedite capacity building, and making investment in projects.

Underlying all these, however, is the spirit of fairness, says Prasodjo, explaining that Indonesia must ensure that the cost of investment can be recouped, the risk is well-managed, and the return on investment is fair. The country is designing a conducive environment for investors, focussing on government regulations that have too often discouraged lenders.

Indonesia is a developing country. Investors understand this, and therefore, become part of its development through long-term collaboration. With this kind of collaboration, PLN is confident that it will be able to build an expedited process of development of national capacity and realise its goals.

To hear a full recording of the interview with Darmawan Prasodjo, click here.