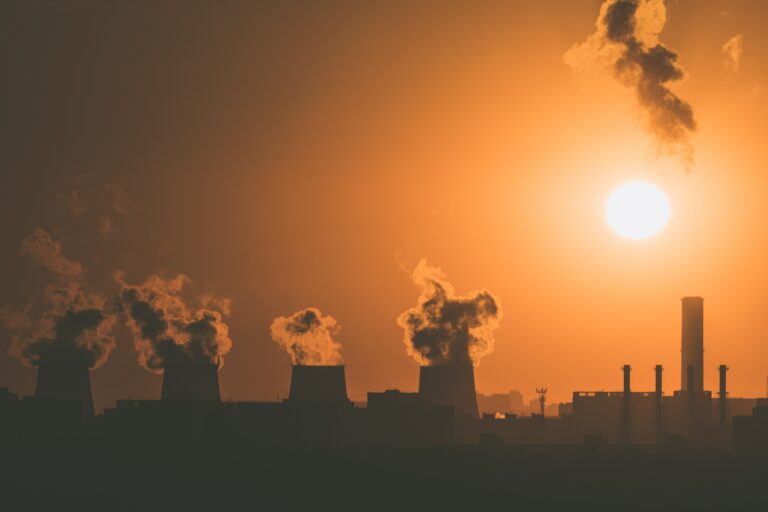 Journalist and one-time Bernie Sanders speechwriter, David Sirota, once said of Barack Obama that he campaigned in climate poetry then governed in fossil fuel prose. On a bigger stage, COP 26 is less than three months away and it is time to move beyond poetic announcements involving eye-catching targets for climate change several election cycles into the future and come up with some concrete prose. At its core, this means confronting who is to bear the pain of moving the World to a cleaner state and how much pain each player can take. One of the biggest villains is coal-fired power plants and here Asia dominates. In 2018, burning coal produced 38% of electricity globally but 59% in Asia. Global annual coal consumption (i.e. also including that used for making steel, heating, and other uses) according to the International Energy Agency is:

According to CarbonBrief, the poetry has been falling on deaf ears: global coal power capacity rose from 1,066 GW in 2000 to 2,045 GW in 2019. This expansion is set to continue especially in Asia. China had 1,005 GW of coal power in 2019 but has a further 206 GW under construction / in development (numbers move around), the additions alone enough to power almost all of Germany. India had 229 GW in 2019 with 66 GW in the pipeline.

Utilisation of coal-fired capacity has recently dropped a bit; new renewables ought to generally be cheaper than new coal and even some existing coal; some projects have been cancelled (134 GW in China, 47 GW in India); but all coal use would need to fall 80% this decade (gulp!) for World temperatures to stay no more than 1.5 degrees C above pre-industrial levels and massaging underlying assumptions isn’t going to do it.

Last month saw perhaps the first paragraph of elegant prose. The ADB, backed by HSBC, Citi, and BlackRock is contemplating a proposal aired earlier this year by UK insurer Prudential at a virtual Davos to accelerate the closure of coal-fired plants in Asia. Under this Energy Transition Mechanism, each country would set up an enormous Public-Private Partnership consisting of a Carbon Reduction Facility to buy existing plants and wind them down over, say, 15 years instead of the considerably longer asset lives; and a Clean Energy Facility to build not just the renewables to replace the coal capacity but also the additional storage capacity and grid strengthening necessary to handle the renewables’ intermittency. A transition period of 15 years should be long enough to do both.

No amount of structuring can hide the fact that retiring assets prematurely (especially when an in–the–money PPA is in place) and building replacement ones comes at considerable cost. Much of Asia wants to increase its generation capacity, not retire what little it already has. And complicating the calculations is each country’s natural endowment. Indonesia, for example, has plenty of dirty, brown coal which it can’t do much with other than burn it in power stations so the opportunity cost of doing so is zero.

So, who is to bear this pain and how much can each withstand?

Yes, development banks such as (in Asia) the ADB, the more recently – minted AIIB and the World Bank’s IFC can help repair project economics by offering cheaper financing.

However, rather than lending alongside commercial banks via clunky A loan / B loan structures, development banks’ funds would go much further if they used their limited funds to subsidise the commercial lenders’ returns.

And their funds would go further still if spent on providing advice to host governments on how best to structure regulatory regimes within which the private sector can then bring forward individual projects; or how best to structure mega schemes such as this. Most development banks now run project development funds (the IFC does the work itself) but their impact could be much greater. (Logie Group stands ready to do more of this work.)

Further, development banks can encourage timid private sector investors and lenders by taking first-loss risk positions. Yes, this will involve the development banks taking on more risk than they currently do but they are in a much stronger position to manage those risks than are private players.

However, even with purse strings loosened by Covid, the capacity of development banks is tiny in the face of enormous numbers. Prudential estimates that Indonesia, for example, could need $29 billion and Vietnam $17 billion to retire 50% of current capacity and that’s before the cost of building the replacement renewables.

Some developed countries have been polluting the World since the Industrial Revolution started around 1760. Poor newcomer nations need their help and, in this respect, ECAs, can act in a similar fashion to development banks. (The recent decision by the UK government to cut foreign aid from 0.7% of national income to 0.5% is frankly disgraceful.)

Host governments will need to share the pain and contribute to more efficient processes.

Some have the money. China, in particular, can move fast and spend lots – think high-speed rail or its Belt & Road Initiative. As it happens, Beijing has been reining back its financial support for less competitive coal-fired power overseas, suspending $47 billion dollars’ worth of investment in 2019 / 20 and financing none so far in 2021. However, it is not clear how much renewables capacity is being brought forward to replace these plans and much bigger numbers await domestically, as John Kerry found out this week.

For other governments, existing assets sold into the PPP will be worthless when their value reflects only 15 years of future operations (Coal assets are difficult enough to value right now, as it is). Income streams such as carbon credits, fuel subsidies withdrawn from elsewhere, or increases in the power prices paid by end-users, all may need to be injected. Certain SOEs have resisted the incursion into their monopolies by the private sector – this proposal will be IPPs on steroids.

But host governments also need to contribute by streamlining their regulatory regimes, approval mechanisms, and land acquisition schemes so as to bring forward the replacement renewables much more quickly. They should also resist the temptation to reinvent the wheel and instead “cookie cut” deals once a structure on one deal has been agreed by all sides. This is one reason why Thailand has been able to regularly raise funds for (usually gas-fired or hydro) power generation whilst Indonesia has not.

In this respect, poorer countries need to recognise that they are in competition with each other. The ADB facility won’t be enough, of course, but it can encourage Developing Member Country governments to respond by allocating its limited resources to whichever falls into line first (that should start a conversation!).

Understanding what risks and responsibilities the various counterparties are expecting / can tolerate / can be persuaded to take is crucial. (Logie Group specialises in this space between public and private and can mediate what will be a learning process for all, as we have done in Indonesia and India for example).

Prudential’s proposal does not include also closing and rehabilitating the associated mines, the costs of which will also be considerable and uncertain.

For example, BHP is currently offering A$275 million (US$200 million) to whoever will take the Mt Arthur thermal coal mine in Australia off its hands. The company has very publicly written A$2.4 billion (US$1.8 billion) off the value of Mt. Arthur this year and it still can’t find a buyer.

Hunter Valley coal is currently selling for US$160 per tonne and the mine is producing 16 million tonnes p.a. So how come billions in revenue equate to a liability?

The answer lies with i) a hugely volatile coal price. BHP was selling its coal for US$44 in the second half of last year. Wood MacKenzie, for one, has a long-term target of US$80 for Hunter Valley coal ii) uncertain and politically sensitive costs of rehabilitating the mine when its license expires in June 2026. Rehabilitation has not been done before on this scale and to the environmental standards expected today. Even the easy stuff looks expensive: A$40 million to move 4 km of road across an empty field? Negotiations with the local council have been underway for a while over a 19-year extension to the license, which could kick the can down the road.

Elsewhere, Engie has been selling its coal assets for several years. In terms of who bears the pain of transitioning beyond coal, the mining companies are already having to do their bit.

Finance from the private sector has to date mainly meant commercial banks in Asia. The secret sauce to this proposal will be to unleash the huge amounts of funding allocated to infrastructure by financial institutions but not actually committed because it was all a bit too risky (“dry powder”).

At the same time, the private sector needs to also share the pain. In return for burnishing their ESG credentials, they (and their investors) should be prepared to swallow some reduction in returns.

Clive Woodward famously managed England’s only Rugby World Cup win back in 2003 by looking everywhere for 1% gains until they added up to enough. The numbers here will be a lot more than 1% but, in a similar fashion, the pain needs to be spread as widely and thinly as possible. If it is to attract in financial institution money, as it must, much of this exercise will need to be pitched at investment grade / even sub-sovereign level but with some sharing of performance risk. It will be big enough to warrant a new asset class.

Existing PPPs won’t feature that much. They are often operated to higher environmental standards than plants owned by SOEs, and host governments will want the concessionary finance for themselves. On the other hand, investors in PPPs will have already gone through much of the necessary learning process and can be expected to want more.

Lastly, lost in the recent conversation has been the concept of negawatts. Rather than building ever more capacity to meet peak demand, we should be renewing efforts to smooth that peak demand. This is increasingly possible given smart metering, the internet of things, and other excitements. Pricing needs to be made much more variable by time of day/year so as to encourage changes in consumer (and industrial user) behaviour. Plain subsidies for good behaviour such as installing insulation need to be thought through more carefully than, say, Australia’s Home Insulation Programme was.

No one said that this was going to be cheap.