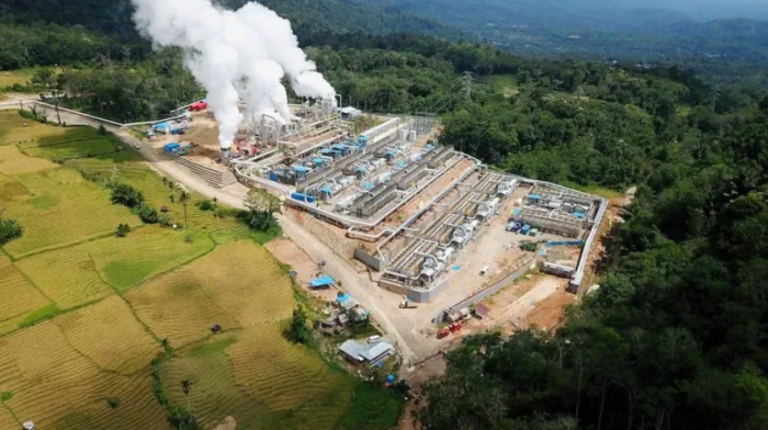 A resource-rich country, Indonesia ought to look within, make bold moves, and stand by its targets in order to attain energy security while at the same time address climate change.

With 17,000 islands and 270 million people, Indonesia is the largest energy market in Southeast Asia. Annually, the country’s total energy demand increases by 7% and is anticipated to grow until 2050, as driven by urbanisation, the growth of transport and industrial sectors, as well as swelling household consumption. This demand is presently met by fossil fuels, especially oil, coal, and gas. However, the need for cleaner energy has been pressing the country amidst blackouts due to electricity shortage and air pollution taking a toll on consumers. This can be met if only Indonesia learns how to optimise its rich renewable resources and attract significant investment.

Coal in the energy mix

By far, coal comprises the biggest chunk, about 55%, of Indonesia’s primary energy mix. As the world’s fourth-largest coal producer, Indonesia has around 120.5 billion tons of coal resources as reported by the Ministry of Energy and Mineral Resources (MEMR). Because it is abundant and inexpensive, coal is understandably used to meet the country’s energy demands. Coal also serves as an important source of revenue for the government as the country exports millions of tonnes of it to different markets. In 2019 alone, the country has exported 458.8 million tonnes of coal, says the Indonesia Coal Miners Association. However, as with all fossil fuels, it is a short- to medium-term solution. Eventually, coal stocks will be depleted, however this says nothing to the significant environmental impact of coal, and oil which provides 25% of the country’s energy, continuing to meet the bulk of power demand into the next decade. Global and domestic opinion are pushing for the reduction of coal’s place in the national energy mix, however there is little sign of coal reducing its role significantly in the next 20 plus years, considering the share of coal in power generation is set to increase to 67.8% in 2022. Focus instead is being placed on emissions control as Indonesia is one of the world’s biggest greenhouse emitters.

With this, it is becoming more difficult for the country’s current energy split to become more sustainable despite the national target to integrate 23% of New and Renewable Energy (NRE) to the mix by 2025. There should be no question on whether Indonesia has enough renewable resources because the archipelago’s location and topography give it potential to generate 28,000MW from its geothermal energy stores, 75,000MW from tidal, 1,013MW from micro and mini hydropower, 4.80kWh/m2/day from solar, 32,654MW from biomass, and 3-6m/s from wind, which in total can meet 40% of its total energy demand.

For the 23% share of renewables to happen by 2025, Indonesia looks at hydro and mini-hydropower plants to provide 9.7GW of electricity, geothermal 4.6GW, and solar 3200MW. There were also talks to include nuclear power as an option to realise this goal.

Some projects lined up by the government parallel to the optimisation of its rich renewable sources include power purchase agreements (PPAs), policy reforms, and new facilities.

To utilise its tidal power as an energy source, Indonesia has entered an agreement to build the Larantuka Straits Tidal Bridge, a $550-million-project perceived to be the world’s largest tidal power plant which can power 250,000 homes. Through a 25-year PPA, the energy generated from this will be sold to the state electricity utility PT Perusahaan Listrik Negara (PLN). Moreover, early this year, PLN and Masdar, a UAE developer, signed a PPA to build Indonesia’s first floating solar plant targeting 2022 to commence commercial operations. Such projects are highly feasible for the country as it has 521 natural lakes and more than 100 reservoirs.

Likewise, Indonesia built its first wind farm in 2018 located in Sidrap, South Sulawesi. This wind source provides 75MW to 70,000 households. The country also has more geothermal energy potential than any country in the world being located on top of the ring of fire.

Another attempt to move closer to its 2025 NRE target is making the use of B20 biofuel blend mandatory in 2018. As the largest producer of crude palm oil (CPO), Indonesia can leverage this resource in shifting energy supply from diesel and gas engine power plants, thereby, reducing dependency on expensive diesel and at the same time allowing electricity access to remote regions.

The government plays a vital role in the achievement of a cleaner energy mix for Indonesia. Electricity in the country is heavily subsidised creating an array of well-established challenges. Subsidies lead to overconsumption and waste of energy; they reduce incentives to improve and attract investments in energy-efficient equipment; they provide a natural disincentive for investing in alternative and cleaner energy technologies, such as solar and wind power; they help the wealthy more than the poor; and the associated high levels of energy consumption and waste result in the release of emissions and greenhouse gases, thereby, causing extensive environmental damage, not to mention the significant fiscal burden of energy subsidies.

On another note, huge financial investments are necessary to push for the 23% NRE target, with some estimates suggesting the industry would require a minimum of $150 billion to tap renewables and improve infrastructure for energy sustainability and efficiency. However, investments continue to fall short of the target. In 2019, Indonesia has only received a total of $31.9 billion in investment, which is way below the annual target of $33.4 billion. This decrease also means a drop in investment on renewables.
If the government can make amends in terms of subsidies and investment restrictions, especially from private and foreign investors, there could be a way to reach the 2025 target. Prices in the energy market can be changed and subsidies reduced, if not totally lifted, and the fund initially allocated for the subsidies can be used to invest in renewables like a new wind farm or a solar project. In addition, the government can make the investing space in the country less hostile with clearer policies and centralised government perspective on renewables.

Apart from the integration of renewables in the energy mix, Indonesia can also tap its gas potential. As a bridging fuel, gas, and especially Liquefied Natural Gas (LNG), can help reduce dependency on diesel fuel. Hence, more must be done to support the country’s gas sector to fill in the gap until renewables can sufficiently cover power generation to match demand.

Despite having no new onshore gas fields being developed to replace the declining gas fields in West Java and South and Central Sumatra, the gas sector is gaining traction with several deals, policy changes, and new facilities underway. One of these is a deal between PLN and PT Pertamina, the state energy company, to buy 167 Btu of gas per day for 20 years from the latter to supply LNG to 52 power plant locations, thus providing 1870MW minus diesel fuel. Earlier this year, MEMR sent out an order to PLN to use LNG in its power plants which will eventually be modified to allow these plants to use gas. PT Perusahaan Gas Negara (PGN) also allocated $2.5 billion to build LNG receiving terminals and gas distribution facilities in various locations to support PLN’s power plants. Furthermore, the government has made reforms such as giving incentives to contractors to explore deep-sea areas, promoting transparency, and adopting new gross-split production-sharing contracts to push for more exploration and production. These actions have seen results in the past years when two gas reserves had been discovered, the Kaliberau Dalam Well 2X and the Merakes East Reserve, which are estimated to produce 70mmscf per day.

In pursuing a new energy mix, Indonesia also looks at digitalisation, which will not only improve the efficiency of existing coal-fired plants but also successfully integrate NRE. As of writing, PLN is pushing with its smart metering and use of smart grids on top of promoting the use of electric vehicles. Meanwhile, PLN’s subsidiary, PT Pembangkitan Jawa Bali (PJB) is actively digitising operations through remote engineering and monitoring, diagnostic, and optimisation.

Yet before digitalisation can happen, it is equally important to achieve 100% electrification which has dominated industry discussions in Indonesia in recent years. With Indonesia’s scattered islands and large population, it does not come as a surprise that almost one-third of the population does not have access to electricity, especially those located in far-flung areas. However, the government’s actions have seen a positive result when the number dropped from 100 million in 2000 to 23 million in 2016 albeit a 45% population increase.

For 100% electrification to happen, the government looks at the use of communal solar electricity stations, tower PV, and solar home system, as well as using mobile power plants as a short-term solution. Indonesia has also lined up an additional 56.6 GW of power projects by 2028 to be achieved through a coordinated effort between PLN and IPPs. IPPs’ role is vital in this vision as they are allocated power projects that can provide 33,666 MW to support PLN’s public electricity supply with power projects of 16,243 MW.

Indonesia has a huge potential to achieve an energy mix that promotes both energy security and sustainability. Its renewable resources can be maximised to meet the energy demand of its large population and even make way to provide access to the entire archipelago, including remote regions. As the government slowly acknowledges the opportunities at their fingertips, there is hope that Indonesia’ energy transition will materialise in the next decade or two, if not by 2025. What it needs, however, are policy changes that bend toward more renewables and flexible gas while turning away from its dependence on coal.

Presently, PLN is launching a New Energy Paradigm with four core pillars, namely, Green, Lean, Customer Focus, and Digital. Can this be the hope for Indonesia’s energy transition, digitalisation, and electrification? Will this also be a paradigm shift away from coal? Does it present new opportunities for local and international investors?