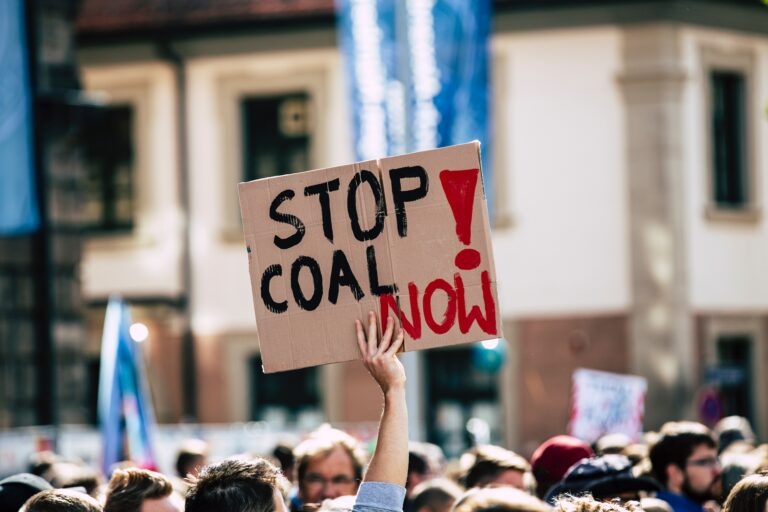 The article entitled Asia snubs IEA’s call to stop new fossil fuel investments seemed to be on every news outlet globally a couple of weeks ago, and while Asia does need to do her part to reduce fossil fuels and to become part of the solution, is it as easy as flicking a switch for some of the ASEAN member countries? We appreciate ASEAN has a long way to go, and some countries further than others, however we felt compelled to explore some of the reasons for this. Even as news of high-levels of coal investment by some ASEAN members continues to make headlines, can we say they are snubbing the call to shift to a lower carbon future or is it more complicated than that? We know that most countries in this region have the furthest to go globally in funding and adjusting their energy mix, but changing the way their energy is created will take time and is a massive undertaking. There is a push to add renewables, underpinned by natural gas as a transition fuel, with an aim for a reduction or elimination of coal powered generation that is imminent, but before we arrive in the future, let us observe ASEAN’s past, which will hint at the reason the region is lagging.

The ASEAN region has been slow to start the long path towards including naturally sustainable energy sources for various reasons, current power infrastructure, perceived cost and funding. Other countries have had years or decades moving in a greener direction, while ASEAN has been stuck in the past. “Whereas the virtues of renewables are known in Europe, many Asian countries still associate renewables with expensive and unreliable,” said Vincent Bakker, Group Controller of Entoria Energy.  He said the paradigm shift is slow, but the transition will happen to renewables nonetheless. In essence, ASEAN countries are continually one step behind what IEA recommends because of the complexity of the energy market in the region, according to Olivier Duguet, Chief Executive Officer of the Blue Circle. “The renewable energy revolution will hit ASEAN shores when local utilities recognize its cost competitiveness (lower than all fossil fuels now) and cost visibility (20 to 30 years fixed costs for renewable compared to market indexed for fossil fuels),” he said. The pricing of new energy sources when utilising renewables and BESS will determine the ability of ASEAN to embrace new sustainable energy practices.

When considering pricing, the levelised cost of energy (LCOE) becomes an important tool when determining the actual cost of energy. LCOE measures the cost of energy plants and generation over a lifetime. With this kind of data and cost comparison, policymakers can gauge how much it costs to build and operate a generation asset, highlighting the cost comparison of different fuel types. What also factors into the cost is finding funding for sustainable projects. Funding would be more readily available if ASEAN governments showed their support for green energy initiatives and backed these initiatives with their own capital sending a clear message to investors. If governments create comprehensive and straightforward policies around green energy investments, investors would be more apt to move forward with financing these projects in ASEAN. Fatih Birol, IEA Executive Director, also believes that funding is the key to move towards a renewable future which is especially true in Asia. “Governments need to go beyond making pledges to cut emissions and take concrete steps to accelerate investments in market-ready clean energy solutions and promote innovation in early-stage technologies,” Birol said. ASEAN policymakers need to publicly back emission-reduction policies for transparency but also to entice investors.

With aggressive emission targets looming, why is ASEAN still utilising coal in 2021?

The truth is countries cannot cut off coal and maintain needed energy reserves despite current efforts and zero-emission goals, not yet anyway. Then there is the pricing. A very large part of why coal is still in demand is the low cost to consumers, based on upstream government support and current decouple cost environmental and health cost impacts, which is why it will be particularly difficult to eliminate until renewables are as competitively priced. For some context, Rajakumar A. Gopal, the Vice President I, Group Project of EDRA Power Holdings, said it is crucial to keep in mind that ASEAN’s fossil fuel supply is plentiful, especially in Malaysia, Brunei, Indonesia and Thailand. Due to the economic and political significance of oil, gas, and coal, completely removing these resources would not change the fact that ASEAN countries are currently dependant on fossil fuels for power generation or the financial impact on consumers which would develop.

In particular, and as an example of conflicting messages, China and Indonesia have set aggressive carbon emission targets, which are quickly approaching. Yet, they have chosen to continue building more coal plants due to keeping up with energy demands and financial gains. After 2023, Indonesia has vowed to discontinue construction of new coal-fired power plants to meet carbon-neutral goals but this could still mean more than 100 plants being built, continuing to spew CO2 decades later. Despite a global movement to decrease coal, China offset the decrease from other countries by  contributing heavily to the first rise in global coal capacity development since 2015 by building 85% of the 87.4 gigawatts (GW) of new coal plants last year . On the surface, these choices seem self-interested, but if coal was unavailable as a power source today, where would the energy come from now? “The RE plants have not reached the stage where they can be considered baseload plants. The battery storage which needs to be expanded in achieving baseload power is still far [from realisation] in ASEAN countries due to current high prices. Hence, the dependence on fossil fuels for power generation will continue to dominate the ASEAN countries until such time the RE can be reliably supplied as baseload plants,” Gopal from EDRA said. With this in mind, and despite the utilities of several country’s committing to adding renewables to their energy mix, which is crucial for the earth’s survival, they are not equipped just yet. The IEA has a timeline, but ASEAN does too, and currently, they are not aligned.

The Economics of Turning Off Coal

Eventually, coal does need to retire globally as a power source because of its impact on the environment, but discontinuing the use of coal today would negatively affect ASEAN countries economically. Currently, most ASEAN countries are just not yet prepared to change their energy mix completely to RE just yet although the process has begun. Energy expert, Bisman Bakhtiar, said it is just too soon. “It is impossible to stop fossil fuel projects in the next ten years. There are two causes: Firstly, our energy needs. Today, most of our energy demand still relies on oil, gas, and coal. Secondly, the oil and gas plus coal sectors are among the main revenue contributors, especially when the price is attractive,” he said. If we look to the Philippines, Energy Secretary, Alfonso Cusi, said the energy transition should be “fuel and technology-neutral” and have as little impact on the country’s inhabitants as possible. “Cutting finance for oil, gas, and coal without considering efficiency and competitiveness would set back the Philippines’ aspiration to join the ranks of upper-middle-income countries,” he said. It is also important to note that the Philippines are net importers of fuel, as is Vietnam, another ASEAN country also heavily dependent on coal. However, the difference is that the Vietnamese energy mix has drastically changed with the substantial and successful shift to solar. In 2019, Vietnam supplied an impressive 4.5GW of utility-scale solar power capacity in less than two years, and at the beginning of this year, ENV has announced that solar power has penetrated a quarter of the national power system. The recently released Vietnamese Power Development Plan , places RE firmly at the centre verses the prediction which assumed the country would continue to double down on coal usage and build new coal assets. Vietnam serves as a RE bright spot, however, when we consider countries like Indonesia which still have significant coal reserves and though they are adding RE to their energy, are their aggressive carbon emission, and related environmental conservation, targets an attempt to pacify the IEA or actual concrete goals meant to serve as a blueprint for RE success.

Are Zero Emission Targets a Publicity Tool or Achievable?

The ASEAN energy sector has moved at a glacial pace with the inclusion of renewables, but now there is a flurry of activity towards changing the energy mix.

Narsingh Chaudhary, Black & Veatch’s Executive Vice President & Managing Director, Asia Power Business, believes net-zero emissions in Southeast Asia can be realized through multiple approaches such as reducing fossil fuel investments and increasing renewable energy penetration. However, he cautions that this add-on to the grid comes with its own challenges and careful planning is integral for the successful integration of the renewable generation is key to developing a stable and efficient grid. “To accommodate more renewable energy generation, the region will need more integrated solutions across generation, transmission and distribution; as well as the expansion of gas-fired generation and energy storage, to improve grid efficiencies and stability. In the longer term, integrating hydrogen to support baseload generation could be another approach to decarbonize the electric sector,” said Narsingh.

We are only at the start of a significant change to Asian energy systems according to Yatin Premchand, Managing Director – APAC, Black & Veatch Management Consulting. Still, it is vital to keep a long-game perspective. While gas to power will be a critical element of the transition, there has been swift progress in low and zero-carbon technology, applied solutions, and their adoption. “In general, the technologies are already here and proven, and over the next five to ten years, industry and government need to adopt a decarbonisation mind-set that fuels regulatory reform and creates enabling investment conditions. While investments in grid modernization and smart energy systems will be required, the cost of enabling technologies will continue to fall through the inevitability of greater adoption and scale,” said Yatin.

The technologies and methodologies are available for ASEAN to supercharge the RE implementation, but it remains to be seen if funding and government backing are also on board. In the history of energy, this is a special time, especially in Asia, where the energy sector will need to adjust, and there is much promise that it will, but the trillion-dollar question is when.

Editor’s note: Please be aware that all responses are Mr. Rajakumar A. Gopal’s opinion which was shared in a personal capacity and do not represent EDRA Power Holdings views in any manner.

The Future of Flexibility is Battery Storage & BESS Myths Debunked

30 July 2021 0
Vietnam is facing a crucial crossroads in terms of renewable energy policy and has the opportunity to act now to accelerate the deployment of...

19 July 2021 0
Southeast Asia nations are reviewing their generation mix to meet decarbonisation targets. Increasing the renewable generation capacity is one approach they are taking to...
Facebook
Linkedin
Twitter
Youtube