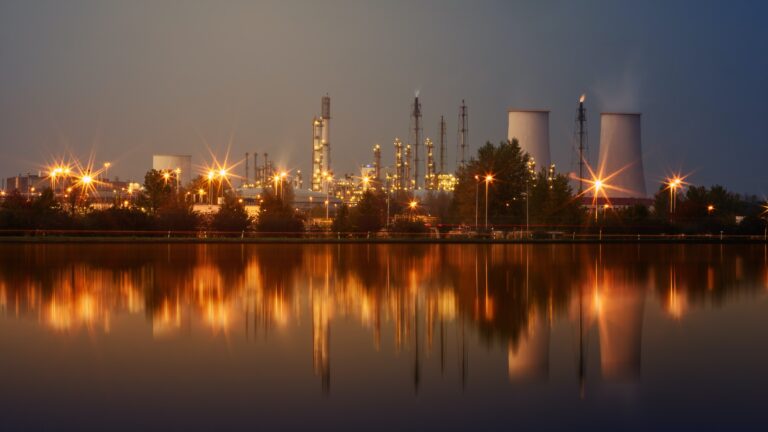 The world’s demand for coal has significantly increased with coal-fired electricity generation forecasted to rise by roughly 7% in 2022 which would be an all-time high according to the IEA’s Electricity Market Report in December 2020. Coal, still a vital energy source for some ASEAN counties, has increased in use partly due to the extreme cold, heat, and drought which has caused energy disturbances around the globe.

This global demand has impacted coal prices,  on July 19, 2021, coal prices touched US$ 153.7/ton, the highest level in more than a decade. For Indonesia, this condition has a positive impact on non-tax state revenues (PNBP). For example, the 2021 State Revenue and Expenditure Budget Report (APBN) shows the realization of non-oil and gas PNBP revenues of IDR $2.9 trillion, growing 29.6% from the position in the same period last year of IDR $25.8 trillion. According to Finance Minister Sri Mulyani Indrawati, this achievement is the result of a combination of increasing export volume and rising coal prices.

With coal reserves that can last up to 65 years, Indonesia is one of the largest coal exporters in the world. At the same time, Indonesia is a developing country that is still in need of inexpensive energy for development and consumers. The contribution of coal-fired geothermal power plants (PLTU) continues to dominate, reaching 50.4% or 31,827 megawatts (MW) of the total national electricity production.

On the other hand, coal poses two major problems: carbon emissions pollution and post-mining environmental damage. Based on the IEA’s Electricity Market Report in July 2021, there will be a 5% increase in global electricity demand in 2021, and of this increase fossil fuels make up nearly half inclusive of coal. This condition is predicted to push the increase in CO2 emissions from the electricity sector to a record 3.5% this year.

To achieve net zero-emission, several coal-producing countries have set targets to stop the use of coal. Moreover, some of the world’s biggest financial institutions are working on a plan to speed the closure of coal-fired power plants in Asia. With the pressure to reduce carbon emissions rising, Germany has announced that it will be coal-free by 2028. Meanwhile, Indonesia still relies heavily on coal and is forecasted to utilise the fuel source for a while longer.

With these targets in mind, what will this mean for the future of the coal industry in Indonesia? In line with the increasing concern of countries in the world with decarbonisation goals or emission-free energy strategies to reduce the impact of climate change, global coal demand is expected to decline eventually. However, coal will remain needed in developing countries to meet their energy needs for now.

“Coal is still a yellow light, not a red light yet,” said Ido Hutabarat.

According to the Director of Corporate Planning of PT PLN, Evy Haryadi, coal plays a very important role in the current national energy security. In fact, Chairman of the Indonesia Mining Association (IMA), Ido Hutabarat predicts that coal will remain the main energy source in Indonesia for the next 30 years. “Coal is still a yellow light, not a red light yet,” said Ido Hutabarat.

In the attempt to find a middle ground, one of the efforts made by the government, according to Ridwan Djamaluddin, is to encourage the use of coal in a cleaner way. Evy Haryadi added, President Joko Widodo, has directed that in the 2021-2030 Electricity Supply Business Plan (RUPTL) there is no planned development of new coal except for PLTU which is in the financial closing and construction stages. Although this is a step in the right direction, it is important to note the plan does not include the 39 coal plants under construction and the 68 planned. Despite the increase in plants, the Government does plan to implement a carbon tax as part of their decarbonisation strategy which should prove as an effective tool.

The efforts to reduce carbon emissions in coal-fired power plants, said Ido Hutabarat, can be done in three ways. First, increasing the co-firing capacity, both for PLTU and its biomass. Second, the application of high efficiency and low emission (HELE) by using ultra-supercritical boilers with low coal fuel. Lastly, the third is to adopt a carbon capture utility storage (CCUS) which can reduce carbon emissions by up to 90%.

Is Diversifying Power Sources the Answer?

To align with the policy of net zero-emission and green energy, CCUS technologies should be applied in the plant but the challenge is that the CCUS technology investment costs are still very high. According to Ido Hutabarat, it is imperative that the government, coal producers, and PLN cooperate to conduct joint research with the technology owners to lower investment costs for CCUS technology. There are several paths to decarbonisation with CCUS being one of the directions utilities can choose.

Frank Thiel, the Managing Director at Quezon Power Philippines Ltd, outlined research underway at Quezon Power that could eventually lead to an exchange of coal for natural gas or even green hydrogen. “In the future, and I’m looking at four or five years from now, we’re looking at the possibility of coal-fire to natural gas in our facility, or coal to gas conversion. Now, gas is still a fossil fuel, but obviously, it has half of the pollutants that coal has,” Thiel said.

Quezon Power is not alone in the quest to diversify from only having coal-fired plants in its portfolio. Researching and eventually adopting other energy sources such as hydrogen or natural gas, utilising CCUS, or converting facilities from coal, will all be the opportunities power producers will need to assess in the future. Perhaps that is the future of coal, a scarcely used power source as opposed to the majority.