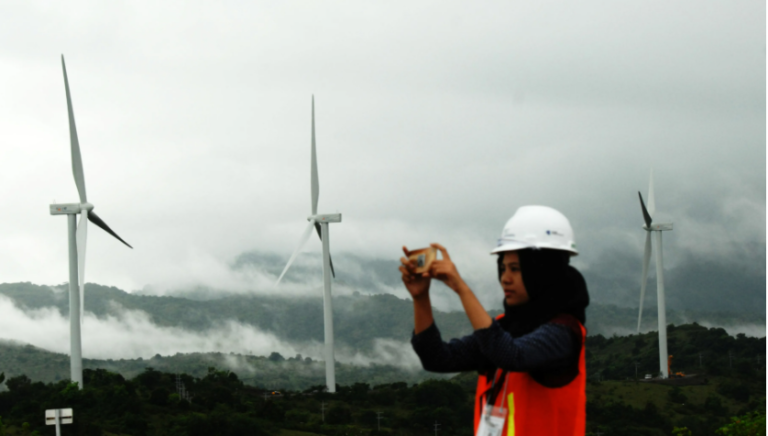 In the media, renewables might be touted as the gold standard of the future. Still, if we look at the capital needed to begin using this new energy source, it can be difficult to integrate due to its cost prohibitive nature. If we take Indonesia as an example, might change actually be possible, especially with the country’s current reliance on coal? Additionally, when will renewables be more cost-competitive versus conventional power generation and be a more attractive investment?

“The advancement of technology will drive the cost of renewables to drop sooner than later,” said Heru Dewanto, who is President of Institution of Engineer Indonesia (PII) and former President Director of Cirebon Power. Dewanto does urge, however, the public needs to be educated on the “cost comparison between coal and renewables.” The hype around renewables is considerable due to several factors, including campaigns and the media barrage regarding emissions, but the real cost of transitioning to cleaner energy is not clear or widely publicised to the general public. Though countries are keen to start making changes regarding their energy sources, unfortunately, certain information disseminated has “often misled us to assume that renewables are now already as cheap as coal when tax, land, and other cost are not included in the total project cost. Policymakers, business players start to realize when they begin to implement it. Understanding the real and actual cost of renewables will help policymakers to design a fiscal policy to support renewables investment.” Dewanto stresses the importance of transparency because if a country is caught unprepared regarding the true cost, the danger is the project will potentially stall or may not be completed.

When considering renewables as mainly a future goal, not necessarily a present possibility, are there other options that might be used that can reduce environmental harm from coal-fired plants? “Energy Efficiency (EE) in a broader term is the largest and cheapest solution to climate change mitigation,” Dewanto suggested. He went on to say, “EE has potentially much lower cost than new generation,” which could mean a better alternative in the short-term. Energy Efficiency is potentially a solution for now, but what about long-term solutions? Increased confidence in Indonesia’s energy transition over the pandemic was evidenced by a renewed emphasis on the national commitment to integrate 23% renewables into the energy mix by 2025, but is this possible?

Government buy-in is indispensable for transition to take place

According to Dewanto, it could be, due to increasing pushback on non-renewable energy sources, but only if the stars align and there is a clear commitment as well as supporting policies from the Indonesian government. Financing for coal, in particular, has started to stagnate, not to mention a “multiple fronts attack from environmentalists intensifying and public protests against coal projects growing; all these have cleared the way for renewable investments to go faster. Now it is all up to renewable technologies to make it cheaper, to solve intermittency problems, to solve grid and other challenges.” However, Dewanto said although financing is important, he stressed government buy-in is “indispensable” to ensure the transition takes place.

When asked how Dewanto envisions Indonesia’s energy sector five years from now, he responded, “I wish to see Indonesia ready in preparing the foundation as a basis for taking off in its energy transition initiatives.” He also hopes “new regulation and policies on renewables will be in place,” coupled with key project implementation to a global standard, then “norms will be enough to reach critical mass to further accelerate the green energy investment.” In short, it is feasible to fast-track towards Indonesia’s energy goals for 2025 with continued moderate changes, but if only if officials have the right information about cost and implementation. The time has come for transparency over trends to help facilitate the future.